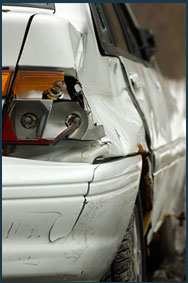 Whenever you are involved in an accident, officers will often cite the person that they believe is at fault. Depending on the facts of the case, this will usually result in the driver being cited for careless driving, running a red light, or failing to yield to right of way. If a driver decides to leave the accident scene, then he is facing criminal charges. Since there were over 50,000 crashes in Tampa Bay alone in 2015, the police find a good source of revenue from both criminal and civil infractions.

The most common of the crash citations is probably Careless Driving. This citation is often issued for rear-end collisions. However, sometimes these citations were issued when an accident was not involved. Florida statute 316.1925 defines careless driving as:

Any person operating a vehicle upon the streets or highways within the state shall drive the same in a careful and prudent manner, having regard for the width, grade, curves, corners, traffic, and all other attendant circumstances, so as not to endanger the life, limb, or property of any person. Failure to drive in such manner shall constitute careless driving and a violation of this section.

In most accident or crash cases, the officer is not present. They arrive at the scene, talk to the drivers and any witnesses, and then issue citation(s) to see if they can determine who is at fault. Under Florida law, anything you tell an officer at the time of the crash is privileged. Florida Statute 316.066 clearly states that any statements made to law enforcement following an accident shall not be admissible into evidence at any civil or criminal trial. Therefore, anything the drivers tell law enforcement at the scene of an accident is privileged and can NOT be used against them, even when fighting a traffic ticket in court. Therefore, when you fight a ticket for careless driving in court, usually the case can only be proven through the testimony of the witnesses or other drivers. If the other driver does not show up for court it might be a winnable case. However, there may be other witnesses so you can't hope to win on that alone. If the other driver is the only witness, good cross-examination can expose how difficult it is to prove that you were driving carelessly. Having an attorney present means that you would not be required to testify. If you testify without us being present, it may ultimately end up hurting your case without you even knowing it. Since the officer or trooper is the prosecutor in these cases, they must depend on witnesses or drivers to help them prove the citation that they wrote. All crash cases are worth fighting. Remember, if you just pay the citation then 4 points will be assessed on your driving record and certainly cause an increase in your insurance rates.

Even if there is no crash involved, the police may cite people for careless driving based on the officer's subjective belief or merely as a pretext to stop someone. However, in order to convict you, your driving must have endangered the life, limb, or property of another. Having an attorney by your side exposes these pretexts and subjective beliefs to the judge so that you can properly fight your case.

Florida Statute 316.1923 is called "aggressive" careless driving. The Florida legislature created this statute believing it was necessary to track whether people were driving in an aggressive manner. While it is not a statute they can cite you under, often they will mark that on the ticket in order to get the judge to enhance a fine or impose other sanctions. The statute deals with individuals who are alleged to have committed more than one of the following acts at the same time:

Several years ago the Florida legislature mandated a hearing in front of the County Court Judge when the officer believed that another driver or passenger has serious bodily injury or when the accident involved a fatality. In those circumstances the cited driver is looking at higher fines, minimum driver's license suspension of 90 days on a Serious Bodily Injury case, points, possible community service, and court imposed traffic school. Depending on the severity of the injury and the facts surrounding the citation, these cases can be extremely serious.

VIOLATION OF RIGHT OF WAY

Sometimes an officer will cite a person for violating Florida statutes 316.121, 316.122, 316.123, and 316.125, claiming the person violated another driver's right of way. This is seen most often while the client is making a left hand turn but is hit by oncoming traffic. Frequently, a driver may be making a left turn through backed up traffic and is "waved through" by the traffic. Many people believe that is a defense but in fact it is not; however, while it may not be a defense we can often argue these facts to the judge as mitigating factors. Another example is when a driver has a green steady light and for one reason or another they collide with oncoming traffic. Florida law requires that vehicular traffic turning right or left shall yield the right-of-way to other vehicles and to pedestrians lawfully within the intersection or an adjacent crosswalk at the time such signal is exhibited. I regularly hear that other drivers that hit them were speeding. Again that is an important factor that can be raised with the judge to either dismiss or mitigate your case.

Like other areas of Florida traffic law, if your case involves a traffic crash, keep in mind that the officer can NOT prove their case without the assistance of witnesses. Therefore, in many instances it may be to your advantage to plead not guilty and try the case in front of a Judge. The officer will only be able to testify as to crash damage and nothing else since they did not witness the accident.

Recently, police have been waiting at intersections looking for people running a red light. While Florida has a high number of accidents at intersections due to people running the red light, often it may be the other driver's fault or it could be that you started to go through the intersection after the light turned yellow but before it turned red. In an accident case, the police are relying solely on witnesses that may be biased or just plain mistaken. Witness credibility is key in these cases and the ability to properly cross-examine the witnesses is crucial. Furthermore, unlike cases such as speeding there is no device to determine if a person truly ran a red light and the ticket is based only on the officer's opinion.

Running a red light, Florida Statute, 316.075, can result in 4 points on your license. So before you just pay the ticket, contact an experienced attorney today.

LEAVING THE SCENE OF AN ACCIDENT

Also known as Hit and Run, Leaving the Scene of an Accident is a Criminal Offense. In an accident involving property damage only with no injuries it is a second degree misdemeanor punishable by 60 days jail. You also face 6 points on your license if convicted, unless we are able to negotiate a withhold of adjudication. In more severe accidents where someone is injured or dies and you knew or even should have known that there were injuries, then you are facing felony charges. It is critical to contact our office as soon as you think you may be charged with this offense. Many times, the police can not prove a case without an admission from you. Therefore, having someone there to speak on your behalf is the best way to get the charges either dismissed or negotiated to something less serious. Contact us right away so that we can use our experience to help you in these unfortunate situations.