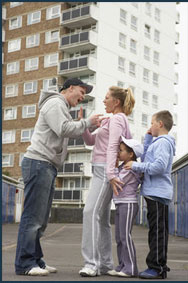 The Tampa Assault and Battery Attorney, Craig Epifanio, with offices in St. Petersburg and Tampa, Florida, offers comprehensive assault and battery defense for clients accused of domestic violence, aggravated and felony battery, domestic battery or even bar fights. These are serious charges that require a skilled, knowledgeable criminal defense lawyer. Attorney Craig A. Epifanio has handled hundreds of assault and battery cases on behalf of his clients. Let us help you protect yourself against unfounded charges and work to minimize the potential consequences of a conviction.

The Stand your Ground Law

The Stand Your Ground law, under Florida Statutes, Section 776.032, has been very controversial since it became law in the State of Florida, but it has also been very useful in defending those accused of everything from simple battery all the way to murder. Of course, “Stand Your Ground” became most famous due to the Trayvon Martin shooting by George Zimmerman. (Although, technically the pretrial immunity portion of the statute was not used in that case). While the law is still unsettled as it pertains to the burden of proof, generally speaking, it is used by the defense once the accused chooses to raise it. The burden then goes to the prosecution of disproving self-defense. The judge makes that determination, and if the judge is satisfied, then the case can be dismissed. Since the law is unsettled, it is important that you have a knowledgeable attorney to raise these points and explain to judges the proper way to employ this immunity statute. However, it should also be noted that even if it is not dismissed at that stage, a jury can still find that self defense was necessary, and find the person Not Guilty.

When a person uses force as permitted by statute, he or she is “immune from criminal prosecution and civil action for the use of such force” unless the person is a law enforcement officer acting in the performance of his or her duties. A pre-trial hearing can be held for determining immunity for an individual claiming self-defense once the Defendant raises the issue. Without a clear process under the current law for granting immunity under Fla. Statutes, Section 776.032, the Florida Supreme Court established this current pre-trial procedural hearing. Self-defense immunity statutes were created to relieve the accused from the burdens of criminal prosecution all the way from arrest through a trial. Importantly, while of course it can be used in cases involving guns and/or death cases, it can still be used in misdemeanor and lesser felony battery charges.

In the course of a domestic violence case, an injunction may be issued for the protection of the abuse victim. If you violate an injunction, you could face additional criminal charges and may even be jailed. Even if you do not violate a domestic violence injunction, your rights can be severely limited by this kind of branding. For instance, you are generally not allowed to possess a firearm and you may be forced to leave an establishment where the other party is located. Further, you absolutely may not call or approach the victim. Often, clients do not fully understand what their legal responsibilities are, which leads to misunderstandings and additional criminal charges.

Our Job Is to Help You Resolve Your Legal Troubles

In any simple or aggravated battery, disorderly conduct, or domestic battery matter, this Tampa Assault and Battery Attorney, Craig Epifanio, will thoroughly investigate the events leading up to the arrest, no matter what county the allegations happened. Many times the alleged victim, after the arrest, wants to have the charges dropped for example when an argument between spouses gets out of control. We examine the motivations of the accusing party whether it be for money, revenge, or custody. We assist our clients in attempting to resolve these issues with a minimum of discomfort, time and money.

Call today to arrange a free initial consultation with an experienced domestic battery defense attorney to discuss your legal matter and how we can help you move through it. Call us at (727) 528-1859. Contact us online.